Inspired by Garrett Miller's (relatively) recent blog post, Mapping Moves, I decided to do something else with all my NikePlus data and create a map of my runs. Unfortunately for me, the Nike data is more difficult to liberate than from other sources. Fortunately for me, and anyone else trying to do this, there are some pre-existing tools to solve this issue.

First, I used Matt Stuehler's site (again) to export all of my runs as .gpx files. If you have trouble exporting them all at the same time, it helps to break them up into 30-40 run groups.

The easiest way to import this data into TileMill is going to be as a .geojson file but it will help if we have our data a little more organized before converting. I had three years of data so I decided that I would eventually want to style it by year. Here's the folder structure I used: 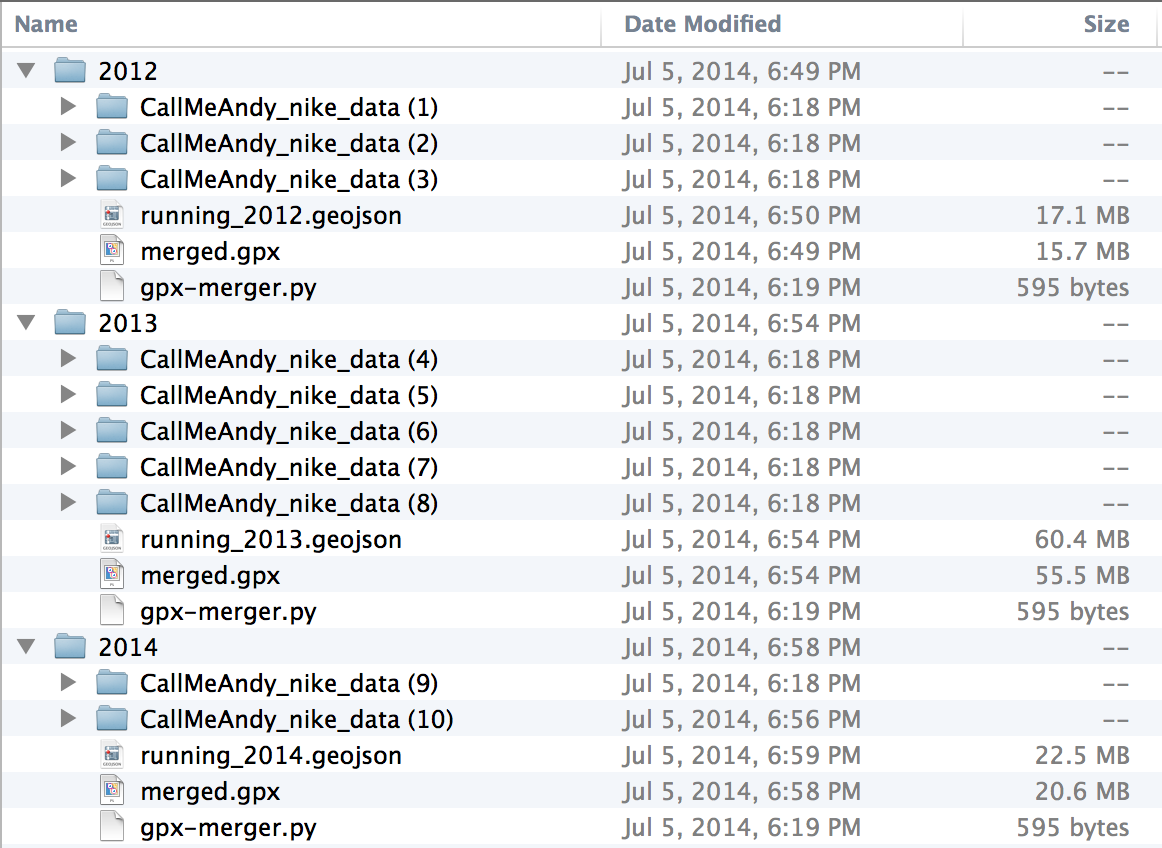 The Python file in each folder is a slight modification of one used for OpenStreetMap exports. I'm going to post it here because I don't like having to clone a GitHub repo just to grab one file.:

Copy this, save it as gpx-merger.py, and put one in each folder structure like I did above (it needs to be one folder "below" the data it is aggregating). To run it, navigate to that folder in the command line/terminal and type python gpx-merger.py. Sit back and wait.

Each time you run it in a new place, it will output a file called merged.gpx. Now you can pretty much follow the rest of Garrett's blog post: 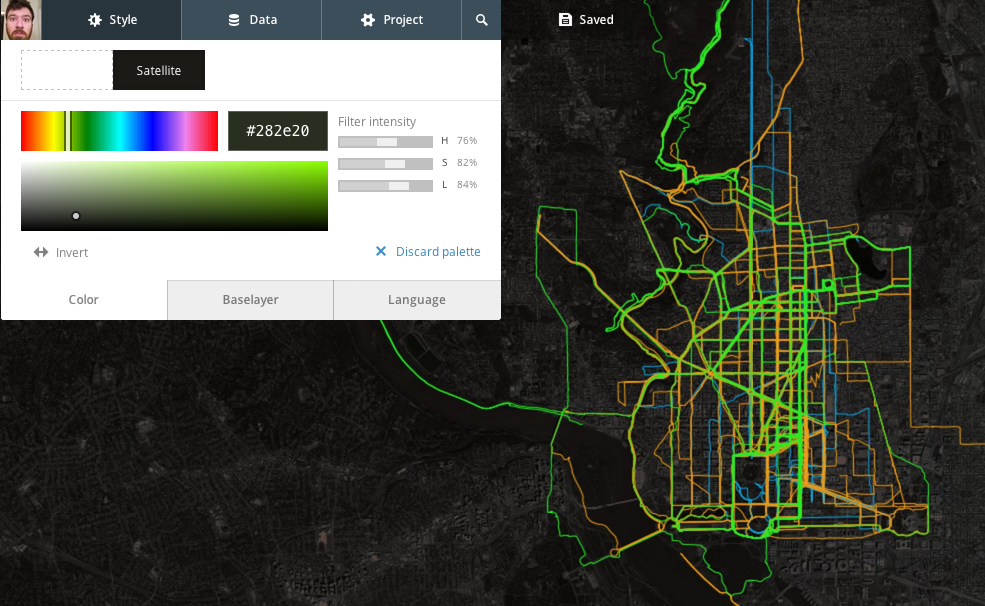